Applications are being accepted for the 2015 Research Grant Awards Program supported by FCBTR (Florida Center for Brain Tumor Research) and ABC2 (Accelerate Brain Cancer Cure (ABC²)).  Applications are due in the FCBTR office no later than December 15, 2014 at midnight for proposals that will be awarded February 15, 2015. 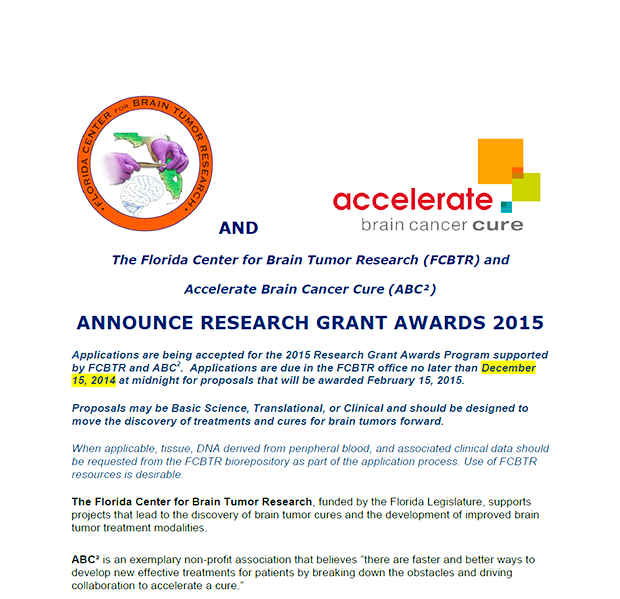